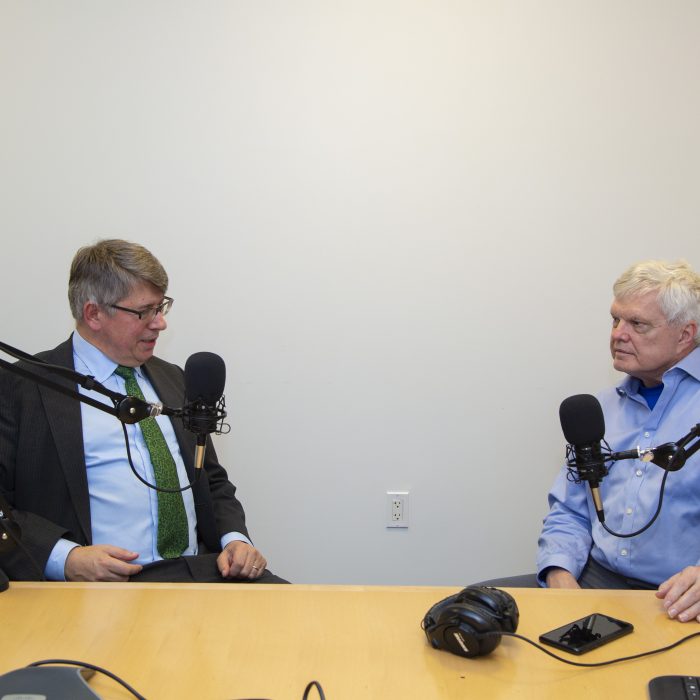 In this episode, Hugh sits down with Nicholas Groombridge. a senior partner in Paul, Weiss, Rifkind, Wharton & Garrison LLP, who over the past 25 years has been extensively involved in all aspects of patent litigation.

Hugh and Nick discuss a wide variety of topics, starting with his childhood in Birmingham, England, the long trail through Brazil and ending up in New York. They talk about why he started practicing in the patent field, the pros and cons of being a litigator and why he prefers jury trials in patent litigation, which aren’t available in most of the world.

Nick and Hugh address the question of whether patent law in the U.S. is currently in crisis. They opine on the impact of Mayo and other Supreme Court cases on patent eligibility, especially claims covering medical diagnostics. They discuss the recent troubled relationship between the Court of Appeals for the Federal Circuit and the Supreme Court and what the future might bring. Nick predicts that the Supreme Court “may have no choice but to re-engage here” and points to the petition for certiorari that was filed by Athena Diagnostics in the beginning of October.